This multiple award-winning comedy is set against the lead-up to 1968's short-lived Prague Spring. It dramatises the lives of two ideologically incompatible families living in the same apartment building and involuntarily sharing the same fate, with no small amount of teen angst thrown into the mix.

Blackly hilarious, after a Jiří Menzel-esque fashion, Cosy Dens gathers together many of the late '90s' most popular Czech stars and was one of the biggest successes at the Czech box office that decade.

Like the more recent Identity Card, also screening at CaSFFA this year, Cosy Dens is adapted from a novel by Petr Šabach. Director Jan Hřebejk, typically in collaboration with Cosy Dens screenwriter Petr Jarchovský, has gone on to become one of the most prolific and successful of present day Czech filmmakers. Cosy Dens, with its unusually adroit mix of whimsy, grotesquerie and biting satire, nonetheless remains his most beloved film. 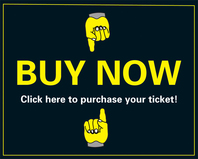